Leylandii Hedging is useful, attractive – and notorious. The first two are down to the plant, its infamy, to poor planting. What is Leylandii’s Perfect Setting.

When we acquired our nursery over a decade ago, it was little more than a 3 acre plot. Full of potential, but little else. We expanded the site to today’s nine acres and then had to decide just how best to delineate its 1km perimeter.

Fencing the entire perimeter was obviously out of the question – for a start it would have cost far too much and would have sent out entirely the wrong message! We needed something majestic, secure, fast-growing, reliable and easy-to-maintain even on such a grand scale. There really was only one solution – Leylandii Hedging…

In total we planted just over 500 Leylandii (pictured above). Every single one took and every single one has reached its optimum height for what we need. We haven’t had to replace a single one. Of course, a kilometre of Leylandii takes some looking after and keeping our hedge trimmed is more like painting the Forth Road Bridge than the annual trim a more modest hedge would require. Indeed, we clip it in stages from September to February, though others with truly large hedges bite the bullet and tackle the task in one hit. Whichever way, compared to the cost, durability and maintenance of a fence, Leylandii Hedging is highly cost-effective – and looks so much better!

But, if you are looking to create a hedge with a similar job to do but in a more urban, built-up and/or restrained setting – if you have neighbours – then, look at the Western Red Cedar (Thuja Plicata). We’ll be exploring this excellent, proven but still relatively unfamiliar, hedging plant in future posts. 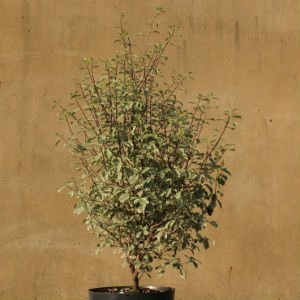