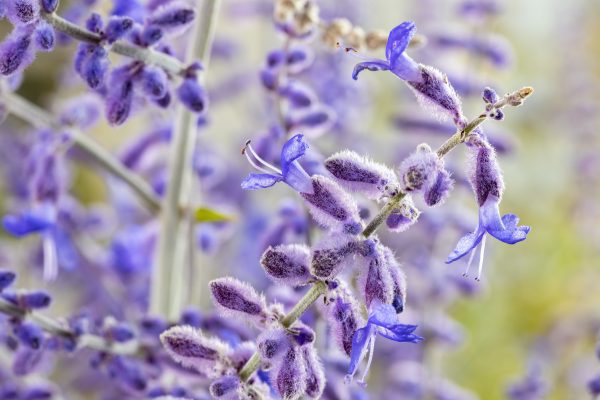 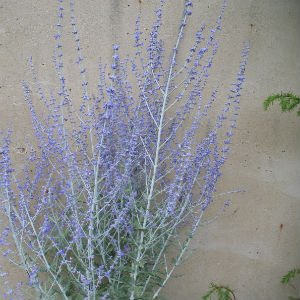 It is hard to think of a box that Perovskia Blue Spire (or Russian Sage to give it its popular name) doesn’t tick: its delicate, silver-grey foliage may drop for winter but the grey to white stems stay behind and provide an ethereal display throughout the coldest season; then, when summer returns, it produces magnificent violet-blue, tubular flowers than can cover anything up to 30cm of its stem (they’re called panicles in posh circles). And the icing on the cake? Its leaves are wonderfully aromatic, reminiscent of both Sage and Lavender.

Originally from the open and unforgiving spaces around the Himalayas, Perovskia are exceptionally hardy – far more so than their slender, graceful form could possibly suggest. That anything capable of producing such a beautiful, cloud-like drift of swaying blue could, a few months later, thumb its nose at snow, ice and -10 is truly remarkable. The meeting at the RHS that confirmed its Award of Garden Merit can’t have lasted more than couple of minutes.

Soil and Situation: Perovskia Blue Spire needs full sun and good drainage but little else. It prefers a less fertile soil (too much food and it goes fat and floppy) and is also happy in chalk and coastal regions.

Maintenance: Simply hard prune right back to around 5cm from the ground just as new leaf growth is appearing. This has traditionally been a job for April, but given the climactic uncertainties of recent years, it is perhaps best to wait until May. Perovskia Blue Spire will forgive you for pruning a little late, but not for being too early. Otherwise, the key really is neglect to the point of cruelty – apart from adding some grit and maybe a handful of bonemeal when you plant it, that’s it. Don’t feed, water or mulch. The plant is highly resistant to pests and disease.

Versatility: Like all the best-looking plants, Perovskia Blue Spire doesn’t stand or fall by its versatility – nobody would criticise Mo Farrah for not being much cop at the shot put. Nonetheless, it earns its keep all-year-round with more élan than many a seasonal specialist. For best effect and greatest impact it should be planted in a group or, and this is the real trick up its sleeve, as a companion plant to Lavender…

Companion Planting: Eggs and bacon; Jeeves and Wooster; pen and ink; Fred and Ginger; nuts and bolts; Perovskia Blue Spireand any dwarf or medium sized Lavender…in every case, the sum is greater than the parts. That Perovskia Blue Spire should make such a perfect backdrop for Lavender is perhaps pure serendipity but the form, foliage, colour and even scent of both plants are so complimentary that chance seems to have little to do with it. They even prefer the same soil and situation. Whether you have a clump of Perovskia Blue Spire ringed by Lavender or planted it behind a Lavender hedge, the effect is stunning. 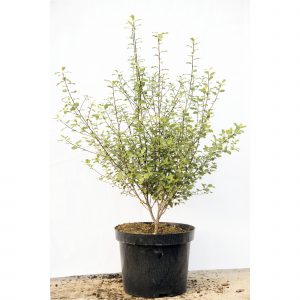